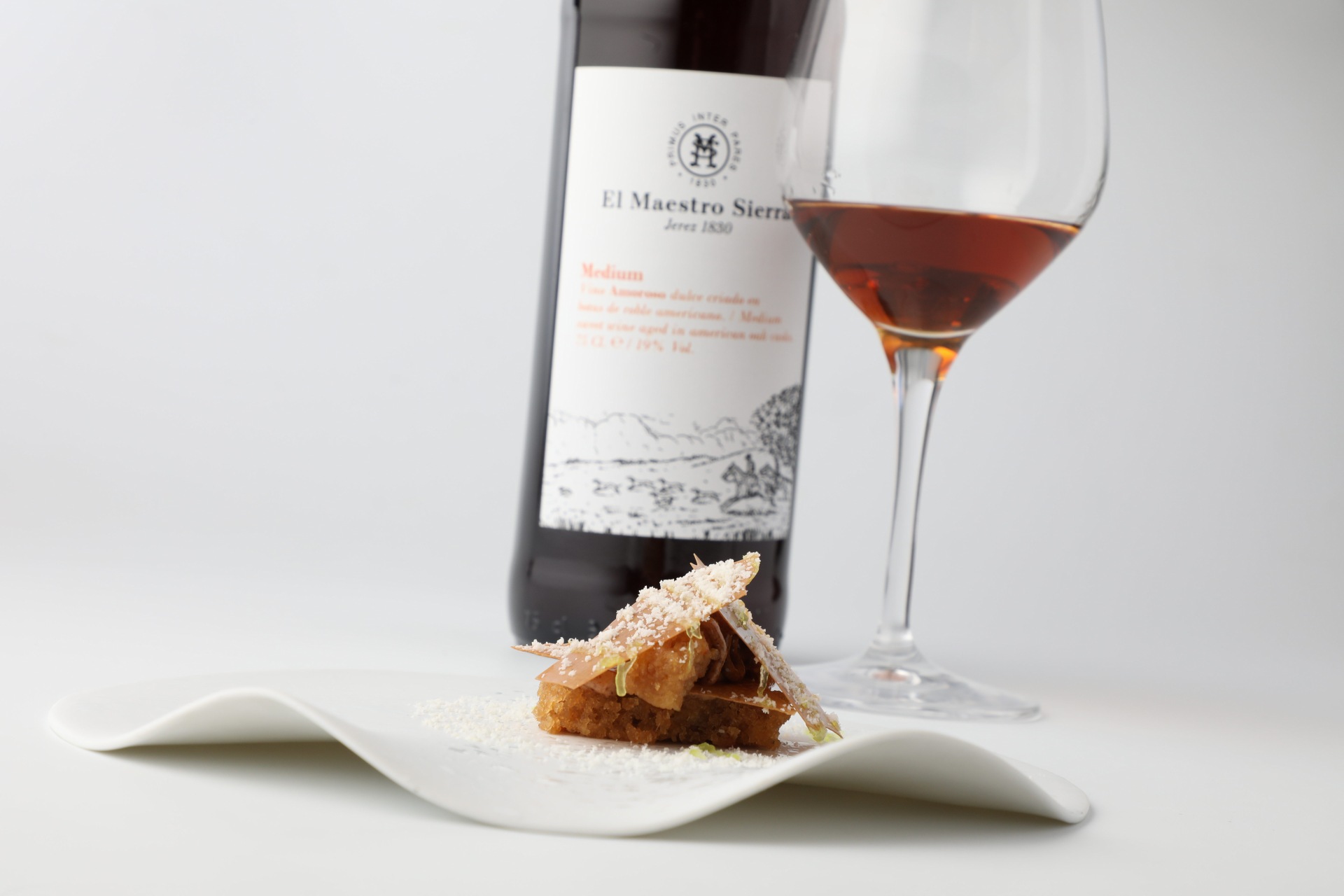 The menu defended by the team of chef Pau García Más and the sommelier Enrique García Albelda of the BonAmb ** de Xàvia establishment that will represent Spain in the eighth edition of the international harmony contest with Vinos de Jerez in 2019 has the pairing in its dessert Salted almond, coca soy soaked in Brandy de Jerez and lemon with #Amoroso Medium Dry by Maestro Sierra. The menu has been chosen by the jury of the National Final of Copa Jerez to represent Spain in the eighth edition of the international contest of harmonies with Sherry wines, framed in a large congress that will meet in 2019 in Jerez de la Frontera to more than 300 professionals among whom will be counted some of the biggest names in international gastronomy. Parallel to a complete program of lectures and tastings with which prestigious professionals deepen in the knowledge of the Sherry wines from the experimentation, first class restaurants from 7 countries – Germany, Belgium, Denmark, Spain, United States, Countries The Netherlands and the United Kingdom will compete to find the perfect harmony with these unique wines. The proposal of the team formed by the chef Pau García Más and the sommelier Enrique García Albelda has been recognized as the most successful to show and defend the national representation in a vibrant national final held at the School of Hospitality of the Chamber of Commerce of Madrid. The menu, in addition to the aforementioned dessert paired with Amoroso Master Sierra has an entrée of pickled olives, tagarninas and prawns from Sanlúcar, served with Manzanilla Pasada bota 83, Bota Punta, from Equipo Navazos; Twinning of Amontillado and Fondillón as first course, with Amontillado 51/1 VORS from Bodegas Osborne.