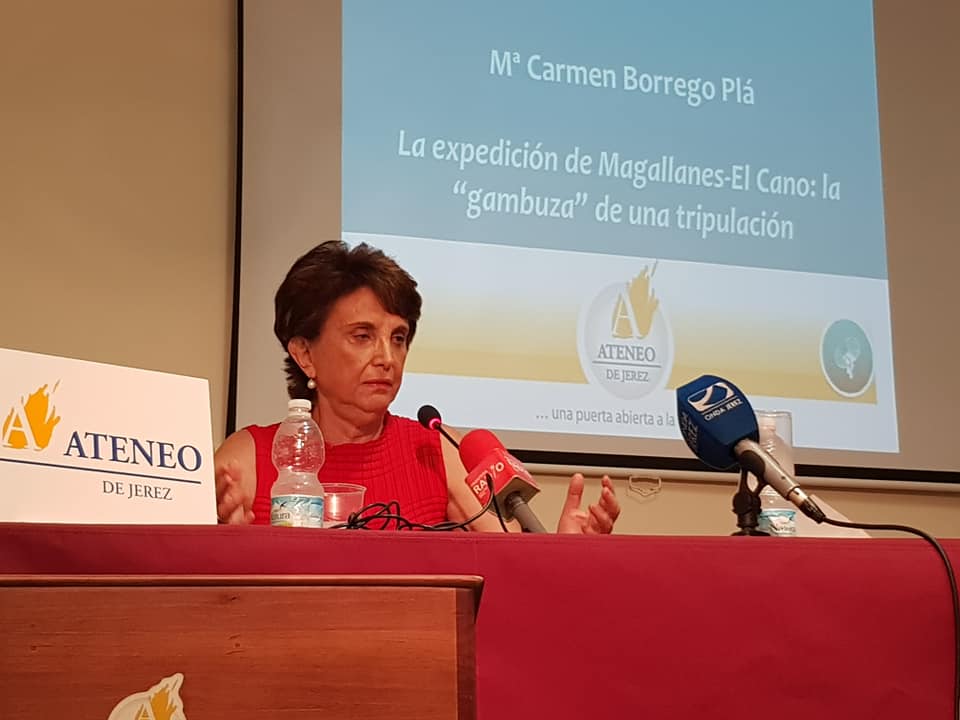 The winery and researcher María del Carmen Borrego Plá, co-owner of the Jerez winery El Maestro Sierra, has given this Thursday, September 13, at the Ateneo de Jerez her annual conference on the occasion of the Harvest Festival 2018.

The professor focused on addressing the so-called “gambuza” of the crew that made the first circumnavigation of the planet, the Magallanes-El Cano expedition, thus anticipating the anniversary of the fifth centenary that is commemorated next year 2019.

In fact, as explained by Borrego Plá, “within the research work plan that we carried out in relation to the wine culture of Jerez, it seemed essential to deepen the maintenance of this crew, in which they have much to say the wine of Sherry and the cooperage “.

Borrego Plá hoped so that the public could recognize in it some pieces that are collected in the second volume of El Jerez, Maker of Culture, published by the regulatory Council, of which she is the author and on which she has now investigated and deepened with surprising results, which are a first and include paleographic work on the writings of the time.

The conference, which has been transferred to the Ateneo to facilitate the largest influx of public, given the limited capacity of the winery, recorded a full capacity as it was an absolute first and a significant progress of the works of the researcher and winery for the commemoration next year.